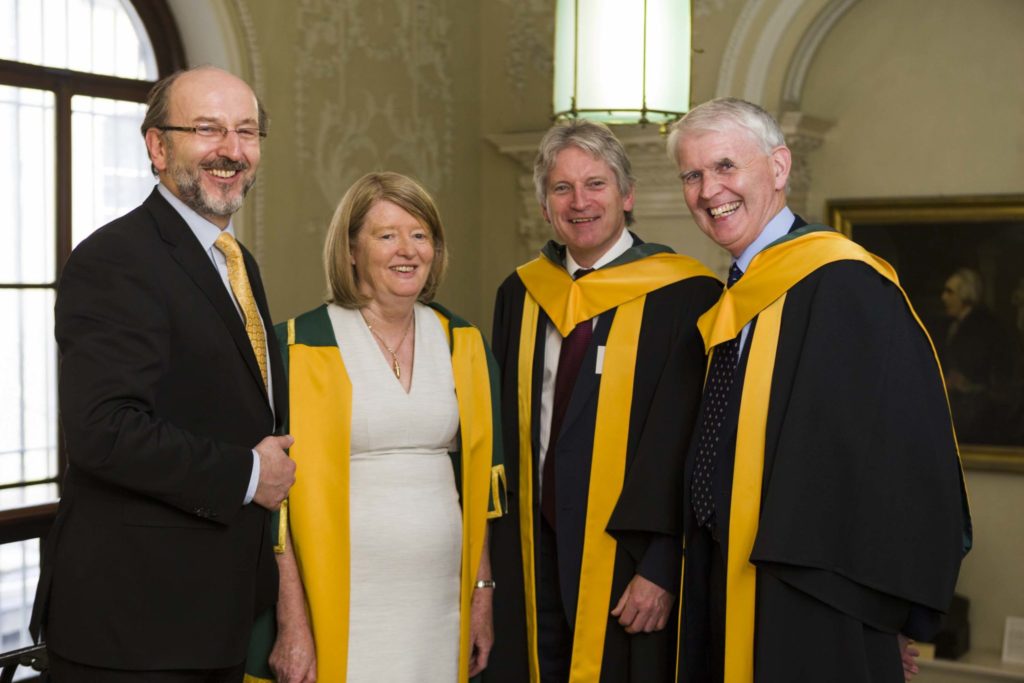 Dermot Diamond has been admitted as a Member of the Royal Irish Academy continuing a 229-year Academy tradition of recognising outstanding achievement in the world of learning.

Dermot Diamond is director of the National Centre for Sensor Research, and a Funded Investigator at the SFI INSIGHT Centre at Dublin City University. His research is focused on the fundamental science of stimuli-responsive polymers, the development of futuristic autonomous chemical sensing platforms, and the use of chemical sensors as information providers for Cloud-Computer systems i.e. building a continuum between the digital and molecular worlds.

Also admitted was Richard O’Kennedy, Professor of Biological Sciences and Scientific Director of the Biomedical Diagnostics Institute. He is renowned internationally for his pioneering work on antibody engineering with particular emphasis on immunosensor applications. His work has led to commercial developments, including the recent use of an engineered antibody to C-reactive protein on diagnostic platforms for rapid assessment of cardiac disease.  Richard was also a founder member of NCSR.

‘There is a major onus on researchers to ensure that Europe remains a world leader in the twentieth first century.  But the emphasis on research that yields a return, in the form of patents, company formation or new drugs, tends to deny researchers the necessary breathing-space, the time to reflect, to allow for the wrong turns, the brilliant idea that collapses, or the unexpected lines of inquiry that might ultimately deliver something different to the original proposal, but something that is much more exciting.  When the Royal Irish Academy elects members, it does so on the basis of a candidate’s publications and research record – the sole criterion is quality.  This research may help in the treatment of disease, or it may enhance our understanding of a past civilisation.  Members of the Academy should not shirk from their responsibility to tell people that basic research is important and that government support for fundamental research is a hallmark of a civilised society’.

The other new Members admitted included Morgan Kelly, the economist who predicted the property bubble would burst, Geraldine Byrne Nason, the former Secretary General at the Department of the Taoiseach and one of Ireland’s most distinguished diplomats and civil servants, and Rose Anne Kenny the founder of the Trinity Ageing Research Centre and the Irish Longitudinal Study on Ageing. 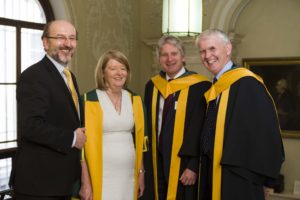